Should I Buy Bitcoin? 4 Things to Know About the Virtual Currency Beforehand

“Should I buy Bitcoin?”

A question we’ve all asked ourselves in the wake of the cryptocurrency hype.

Bitcoin was one of the hottest crazes of 2017. Maybe your friends have said it’s a great way to make money online or create passive income.

But is a bitcoin investment something you should consider? What is Bitcoin, anyway? Is it taxed?

Read on for the 101 primer and the major reasons you might not want to funnel those hard-earned side-hustle dollars into the mystical digital wonder of Bitcoin.

Bitcoin is a blockchain cryptocurrency.

Heard of any of those? Before 2017, you probably hadn’t, but those are the best-known cryptocurrencies today.

Cryptocurrencies are a type of digital currency that uses blockchain technology.

Bitcoin is the proverbial 800-pound gorilla in the crypto scene. I come across stories all the time about how if I would have bought Bitcoin in 2009 and held it to December 2017, when pricing peaked, I’d have made millions upon millions of dollars.

If you’ve seen It’s a Wonderful Life, you might recall the scene in which there is a run on the bank.

The phenomenon historically occurred when bank customers got spooked during economic crises such as The Great Depression. Thinking the bank would go bankrupt, customers would run to the bank in person to withdraw their cash before it was too late and the money all gone.

That isn’t something you’ll really see in 2018. There’s a very good reason for that.

The Federal Deposit Insurance Corporation (FDIC) insures most bank accounts for up to $250,000 to make sure that scenario doesn’t play out.

Our federal government oversees a range of such financial regulatory policies to protect the public in times of panic, instability, or fraud. (And there are grave concerns regarding fraud in cryptocurrency.) However, the explosive adoption of cryptocurrencies as an investment asset has outpaced our laws governing their responsible use.

Putting aside the high finance fancy pants pros-versus-cons views on that disconnect, it’s undeniable that surging interest in cryptocurrencies is placing increasing pressure on Uncle Sam to create and enforce standards for trading these assets.

On Valentine’s Day, the former FDIC Chair said, “I worry that people are getting into this because they’re seeing the skyrocketing returns and the tremendous increase in value without really understanding what it is.”

That may be tricky and drawn out as cryptocurrencies are, by design, not tied to any one country. This decentralization may also make fraud prosecution difficult.

As of this writing, more concrete decisions were being made by the regulatory powers that be.

The other critical factor in understanding the mania of cryptocurrency is how its value fluctuates. Early, often, and big.

In a single day, it isn’t uncommon for one of the major currencies, including Bitcoin, to change 40% in price! As of this writing, Bitcoin was down 25% since the month prior.

Before the holidays, record highs were hit when Bitcoin exceeded $19,850 per coin. Since Santa’s come and gone, Bitcoin value has gone up and down and down some more and so on.  Bitcoin stumbled in early February as it dropped from $10,000 to $6,000 within just a few days.

The week of this writing, the price of Bitcoin tumbled below $6,500.

Some of these fluctuations are speculated to be tied to investor confidence as over $500 million was stolen from a single cryptocurrency heist. And there have been other thefts as well.

These huge swings in Bitcoin price also might reflect panic when investors see huge institutions selling off millions of dollars of holdings.

The take-home message: Cryptocurrencies are not regulated the way other currencies and markets are, which means tremendous risk and volatility for the average investor.

Good question. The short answer is yes. However, here are two big issues:

Unfortunately, some folks have been in for a rude awakening about all this.

People are discovering they owe taxes on Bitcoin earnings from 2017.  In fact, one story making the rounds shows one poor guy owing over $50,000 in capital gains. Instead of setting aside a chunk to pay Uncle Sam, he reinvested… then lost a big chunk of it.

Not convinced yet that crypto trading is a huge grey area with lots of risks? Check out this fire and brimstone clip the folks at CNBC put together on the impact of not paying taxes on your crypto fortune.

When it comes to investing, there are many alternatives to cryptocurrency, including real estate and peer-to-peer lending.

But if you do decide to take on the risk of crypto, be prepared to lose it all. This is consistently the advice financial professionals give.

Of course, I’m not a financial advisor. And we don’t give specific financial or investment advice on DollarSprout.

However, I’ve personally been investing since I was 19. Outside of my retirement accounts, I use several investing apps to grow my rainy day fund without the intense risks associated with cryptocurrencies. (Of course, any investment in the stock market also comes with risks.)

Should I Buy Bitcoin?

Cryptocurrencies are a type of digital currency. It’s not officially regulated yet, and the volatile nature of this investment makes it a steep risk.

Many have jumped on the cryptocurrency train not fully aware of the risks involved, only to lose their investment (and then some) or get hit with a huge tax bill come springtime.

If you do decide to take on the risks of cryptocurrencies, only invest as much as you’re willing to lose.

For less risky investment alternatives, check out this list of our favorite investment apps or see our beginner’s guide to investing. 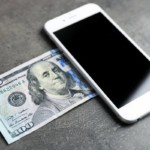 13 Best Money Making Apps for Your Smartphone or Mobile Device 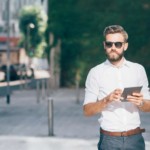 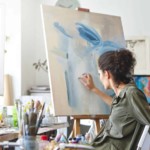 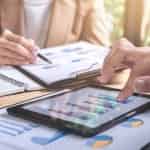 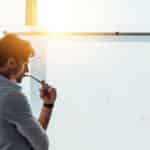 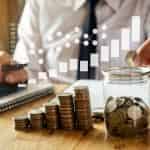