What is a Certificate of Deposit (CD)?

In this review of certificates of deposit, we discuss what a CD is, different types of CDs, how they should be used, and how you can use them to reach your goals.

They offer a central location where people can store their money and let it grow.

One of the accounts that banks offer to help people grow their savings is the certificate of deposit (CD).

A CD is a special type of bank account that is designed to be used for long-term savings. Like savings accounts, CDs help your money grow over time and they aren’t intended to be used for regular deposits and withdrawals.

Also like savings accounts, CDs are insured by the Federal Deposit Insurance Corporation (FDIC). The FDIC protects accounts at insured banks for up to $250,000 per depositor per account type. That means that CDs are completely safe. You can’t lose money that you deposit to a CD.

What sets CDs apart from other types of bank accounts is that you have to choose how long you’ll leave your money in the account at the time that you open it. For example, if you decide to open a CD in January and leave the money in the CD for one year, you won’t be allowed to withdraw the money until January of the next year.

If you absolutely must make a withdrawal before that date (known as the CD’s maturity date), you’ll have to pay a penalty fee. Given this restriction, you may wonder why anyone would ever want to open a CD. The reason is that this commitment makes it easier for the bank to know when you’ll be withdrawing your money.

Banks take your deposits and use them to fund other activities, such as lending to other customers. Knowing when you’ll be withdrawing your money makes it easy for the bank to estimate how much money it has to keep on-hand to handle withdrawals.

In exchange for allowing the bank to use your money more effectively, the bank will pay a higher rate of interest on money that you deposit to a CD when compared to another account such as a savings account or money market account.

The length of time that you leave your money in the CD also affects the rate of interest that you’ll earn. For example, a CD with a one-year term will pay a lower rate than a CD with a five-year term.

When deciding between a CD and a savings account, just know they fill a similar need: they give you a safe place to store money while earning interest.

Both are good places to keep extra money that you won’t need for a while. Both accounts are FDIC insured and pay good rates of interest.

The only major difference between the two is the restriction on withdrawals. Savings accounts may limit you to a specific number of withdrawals per statement. CDs will limit your withdrawals based on when you opened the CD.

When to Choose a CD

There are a few scenarios in which you’d want to open a CD as compared to a savings account.

Another is when you’re saving toward a specific goal or event. If, for example, you’re planning to go on vacation next summer, open a CD that will mature just before you leave. Your money will be safely locked away until your trip, earning a higher interest rate in the meantime.

One thing to keep in mind is that CDs don’t make good emergency funds. Make sure you have an emergency fund saved up before opening a CD.

Related: Money Market vs. CD: How to Know Which One to Choose

There is a huge variety in the types of CDs on the market. Here are some of the CDs you might find.

Most CDs will just be described as CDs. You might need to deposit a minimum amount, such as $500 or $1,000 to open one, but they’re just plain CDs.

Some banks offer special CDs specifically for very large deposits, often as high as $50,000 or $100,000. These are often known as Jumbo CDs.

Jumbo CDs are just like regular CDs but might pay different rates of interest or have different account features. You should check with your bank to find out the differences between small and large balance CDs.

A negotiable CD is a special type of CD that comes with a minimum value of $100,000. Unlike non-negotiable CDs, you cannot, under any circumstances, withdraw your money from the account before the CD matures. What you can do is sell the CD to another person.

Different banks offer special CDs that have unique rules to make them better for certain situations.

Liquid CDs offer an escape from the major restriction of standard CDs: early withdrawal penalties. You can make a withdrawal from a liquid CD without paying a fee but remember that nothing in life comes free. They often come with lower interest rates or other fees.

When you open a CD, you commit to the rate on the account on the date that you open it. If interest rates go up later, your money will be locked into the lower rate, which can feel bad as you lose out on potential earnings.

Bump-up CDs give account holders a one-time option to increase the interest rate on their CD to the current market rate. In exchange, the initial rate on a bump-up CD is usually a bit lower than a standard CD rate.

Individual retirement accounts (IRAs), offer tax benefits for savers who want to build a retirement nest egg. CDs are a great way to secure guaranteed returns without risking your money. You can combine the benefits of both IRAs and CDs in one account by opening an IRA CD.

Related: How to Open an IRA in 5 Easy Steps

Increase Your Flexibility with a CD Ladder

One strategy to decrease the inflexibility of CDs is to use something called a CD ladder.

When you open a CD, you commit to not having access to your money for a set period of time. What happens if you need some of that money during that time? You have to withdraw the whole CD and pay a penalty.

A CD ladder involves splitting your money into smaller amounts and opening multiple CDs with different maturity dates. That means you have more regular access to portions of your money, letting you avoid the need to make an early withdrawal.

In this way, you have more regular access to the money you’ve deposited to CDs.

Related: How Many Bank Accounts Should I Have? At Least These 3

CDs are a little more complicated than your typical checking or savings account, so here are some of the most common questions people have about CDs.

What are the benefits of a CD?

CDs offer a number of benefits.

For one, they offer guaranteed returns. You can never lose money deposited to a CD unless your account balance exceeds $250,000.

They’re also a good way to protect your money from yourself. You can’t spend the money because you’re not allowed to withdraw it.

Furthermore, they’re customizable. You can choose the term of your CD and its features, such as a fixed or variable rate, or the option to bump up the rate during the CD’s term.

Are CDs a good investment?

CDs can be a good investment depending on the situation. If you want completely safe, predictable returns at a rate higher than the rates offered by online savings accounts, they can be a great fit.

If you don’t mind some volatility and need to save for the very long-term, such as saving for retirement, you might want to choose another option, such as index funds.

Is there a penalty if I withdraw my money early?

Usually, yes. If you withdraw money from your CD before it matures, you’ll pay a fee. Typically, this fee is based on the amount of interest you earn in a day based on your balance. Sometimes a flat penalty is added to this amount.

Some CDs are advertised as having no early withdrawal penalty, but these tend to pay less interest.

Buying a CD is as easy as opening a bank account. Visit your bank or find a good online bank and follow the process for opening an account.

CDs are a safe way to get guaranteed returns on your savings. While they come with restrictions, those restrictions allow them to offer better rates than savings accounts.

Take the time to consider whether a CD fits with your financial plan, as they are a useful tool to help reach your savings goals. 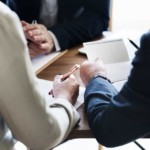 What is a Money Market Account, and When Should You Use One?

What is a Checking Account, and When Should You Use One? 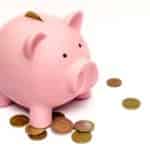 Everything You Need to Know About Savings Accounts 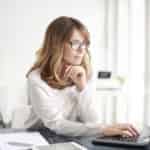 Credit Union vs. Bank: How to Decide Which One is Right for You 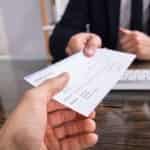 What is a Cashier’s Check and How Can I Get One?